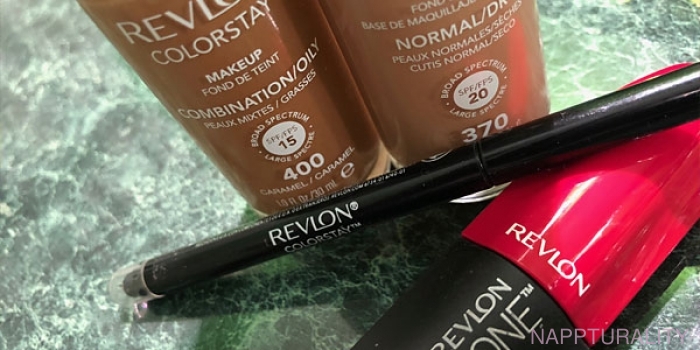 We speak with our dollars. And I will not knowingly spend my hard-earned money with a company that donates money to sexual assaulters. None of us should. When it comes to the #GrabYourWallet movement, there is always room for one more.

I always give people the benefit of the doubt. Lots of people who donated to the current Oval Office occupier donated before the revelations of his serial abuse of women was confirmed by his own vulgar words spewing from his own foul mouth in the Hollywood Access tapes. And some of them have stated that they would not donate to him after this revelation.

Some though, continue to support and praise this cretin regardless of how many women come forward with credible stories of his abuse and unwanted sexual advances, groping and attacking.

Revlon CEO Ronald Perelman is one of those people. He has shown his support of a serial abuser and sexual predator by giving him almost a $million on behalf of Revlon AFTER these revelations. In fact, he donated another $130,000 of his personal money to the abuser in September 2017. I may be a little late to the party though, as a simple Google search brings up this LAWSUIT against Perelman citing racism.

To eliminate the inevitable “fake news” claims about his support of that cretin, you can see the Revlon donation details for yourself on The Official FEC Donations Website.

After 20+ years of Revlon, using Colorstay for my yellow undertones, lipsticks, eye liner, mascara and nail polish, the Revlon era for me is OVER. I will not give my money to any company who supports the abuse of women. I’m only one customer, but I count. There is power in your wallet. You choose where to spend your money. The Selma Boycott proved how powerful the united voices of the people can be.

Now, I am brand new. I am looking forward to upcoming makeup adventures, finding my shades, getting samples and I’m ready to spend my money with those who reflect my values.

I will be blogging my discoveries and choices soon.

Patricia Gaines aka Deecoily is the founder and creator of Nappturality in 2002, the beginning of the natural hair movement. Since 2000 she has been blogging on all things natural hair, Black culture and politics.

Email This email address is being protected from spambots. You need JavaScript enabled to view it.
More in this category: « Meghan and Harry: Black Hype Overload They Followed Me at Kohl's (UPDATE) »
back to top

As the ordinary or otherwise use(s) of my homemade hair recipes or styling techniques and hair advice is outside the control of Nappturality.com., no representation or warranty, expressed or implied, is made as to the effect(s) of such use(s), (including damage or injury), or the results obtained. Nappturality.com expressly disclaims responsibility as to the ordinary or otherwise use(s). Furthermore, nothing contained herein should be considered as a recommendation by Nappturality.com as to the fitness for any use. The liability of Nappturality.com does not include any consequential losses from the use of advice given here. The articles on this website may be reproduced in whole or in part provided that the reproduction includes a credit of authorship to "Nappturality.com", plus a crawlable link to either https://www.nappturality.com/ or to the original article on this site. Contact us if you would like to reproduce an article on your site.