I Think I Damaged My Hair
Alright so here's a little backstory before I ask my question. I became a n...
Read More
Bleaching question, my scalp is now orange!
Hi all, I had dreadlocks for 8 years, and just recently cut my hair. For th...
Read More
Maintaining loose ends with sisterlocks
I had sisterlocks installed a few days ago and love how then ends are a bit...
Read More
New Naturalista!
Hey everyone! My name is Erica and I’ve been a full time natural for about ...
Read More

I Think I Damaged My Hair
Alright so here's a little backstory before I ask my question. I became a natural about 2-4 years ag...
Read More
Bleaching question, my scalp is now orange!
Hi all, I had dreadlocks for 8 years, and just recently cut my hair. For the past few months I have ...
Read More
Maintaining loose ends with sisterlocks
I had sisterlocks installed a few days ago and love how then ends are a bit loose and frizzy. Is the...
Read More

These hair bloggers shaped the discourse around Black hair and beauty.

What started as conversations on hair care forums evolved into a full-fledged online community over the last 20 years. 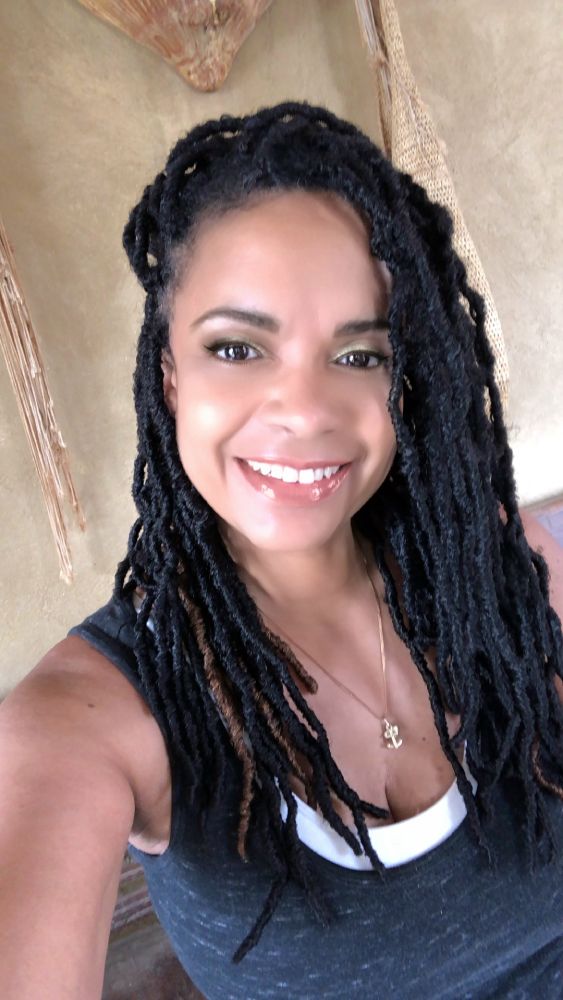 Twenty years ago, Patricia Gaines had a terrible hair experience with a chemical relaxer and was left with extremely short hair. For decades, she'd used the "creamy crack" to straighten her tresses. But with the health of her hair at stake, she made the decision to cut it all off and go natural. But there was one big problem: As a Black woman living in Australia, there was nowhere to go for natural hair care help. Gaines went to the internet in search of a group of women in similar circumstances.

"I went to a curly hair forum because that was the closest thing I could find. There were no Black hair sites other than relaxing hair websites," Gaines told HuffPost. "There was probably a group of about 10 African-American women who were all in the same predicament I was. We didn't have a place to go, and we started to question why we were still relaxing our hair."

Their conversations about natural hair sparked larger discussions on race, stereotypes and self-identity. These women were no longer inherently equating their beauty or self-worth to long, straight hair. Instead, they were learning to accept the hair that grew naturally out of their heads, without chemicals. But Gaines and this small group of natural hair peers were the only ones talking about kinkier textures in the broader curly hair forum — and they knew there were other Black women out there looking for guidance, too.

So Gaines and a handful of other women broke off and started their own Yahoo group called Napptural Hair. Then, in 2002, she launched Nappturality, one of the first, and largest, internet forums for Black women with natural hair. The online community included women who were transitioning from relaxed to natural hair or simply curious about the lifestyle. The site grew like wildfire, and in less than a year, Nappturality reached millions of women around the world.

With Nappturality, Gaines helped pave the way for a new version of the natural hair movement, one that was rooted in online conversations and community bonding about the desire to maintain kinky, curly and coily hair. Of course, from the civil rights movement to the Black is Beautiful era, Black women were no strangers to wearing their natural tresses. But the rise of the internet age fostered a unique safe haven and sisterhood for Black women around the world that hadn't existed in this way before. And Nappturality was a resource with unprecedented information on hair care and maintenance.

"I taught myself HTML and wrote myself a little one-page website, and I created the name Nappturality, which was a cross between natural, nappy and spirituality," said Gaines, who donned "deecoily" as a username on the site. "All it was, was a little page where we could take photographs of ourselves and our hair and we could ask for help from each other. And from there, it exploded."

Black women around the world sought refuge in Nappturality's forums. The sisterhood empowered women and gave them the freedom to explore their hair without feeling shame, discrimination or guilt. Not all women were going natural as a radical statement, but there was an influx of new styles and versatility that convinced many people to embrace their natural hair. The site also gave people another powerful tool: language. Phrases such as "teeny weeny afro" (TWA), "big chop," "stretching" and "transitioning" helped shift the conversation around natural hair.

A decline in relaxer sales around the same time as the 2007 recession served as another catalyst in the natural hair movement. In tandem with the internet's newly created hair care forums and an easily accessible wealth of information, the desire to cut back on expenses likely led more women to ditch the "creamy crack" and embrace their curls, kinks and coils. 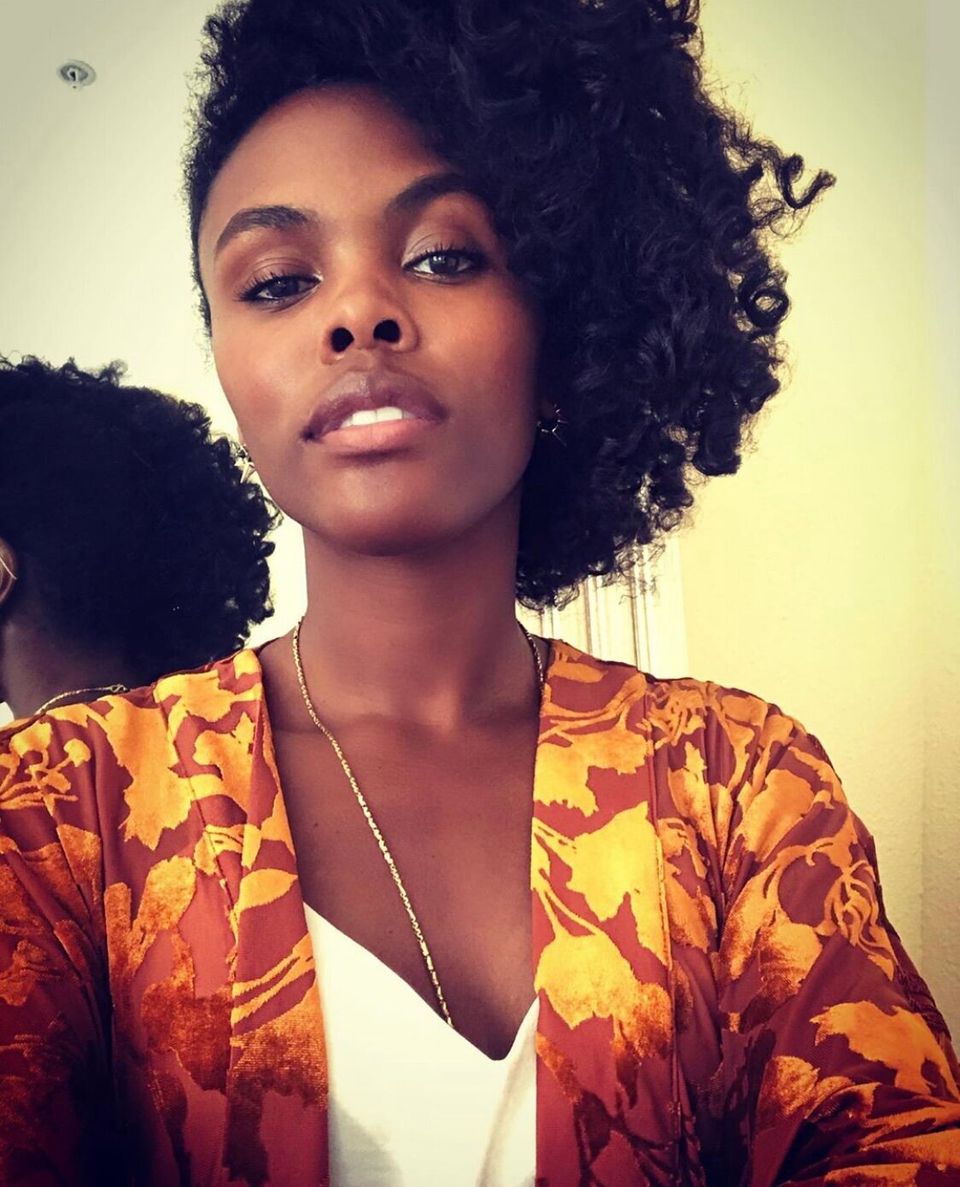 Although more women were going natural because of its financial benefit and the feeling of empowerment, diverse hair care information was still scarce online. Nappturality's goal of creating a community was a success, but women wanted more: more products, more access to information, more real-life examples of how to wear styles and more examples of celebrities participating in the movement as well. The increasing demands inspired Nikki Walton, author of "Better Than Good Hair" and "When Good Hair Goes Bad," to fill the gap by designing a blog dedicated to the natural hair lifestyle.

"In 2008, I launched CurlyNikki.com with, like, 300 readers from other curl talk and natural hair care forums," Walton told HuffPost. "I didn't start CurlyNikki for it to become a day job. I just knew that I wanted other women to experience the freedom and quality of life change that I had experienced. To go from being concerned about my hair 24/7, whether it was for a job interview or graduate school interview or vacation ― the first thought I always had was, 'What am I gonna do with my hair?' To be able to help women get over those hurdles and see past their families while they stood firm in their own self-confidence, that is what I wanted to help people do."

The launch of the CurlyNikki blog also bridged the gap between celebrities and their fans. People wanted to know how to get their hair to look just like their favorite entertainer's best curly look. She'd ask people like Chaka Khan and Wanda Sykes to spill their hair care routines and would share them in a series on her blog called "On the Couch with CurlyNikki."

The site also served as a focus group for manufacturers. Before major sites like Nappturality and CurlyNikki existed, many hair care brands did not see profit in Black hair, Walton said.

"I always tell people that the reason why Shea Moisture and a lot of these brands now — the reason why Dark & Lovely has a natural hair care line — is because of the women in those forums," Walton said. "It's because of the cohort I was a part of, and it wasn't just me, it wasn't just Taren Guy or Natural Chica, it was the group of women, thousands of women contributing to these [sites]."

It wasn't until Walton began organizing in-person meetups where women would come and share which products they loved — and the ones they didn't —that companies began to pay more attention. 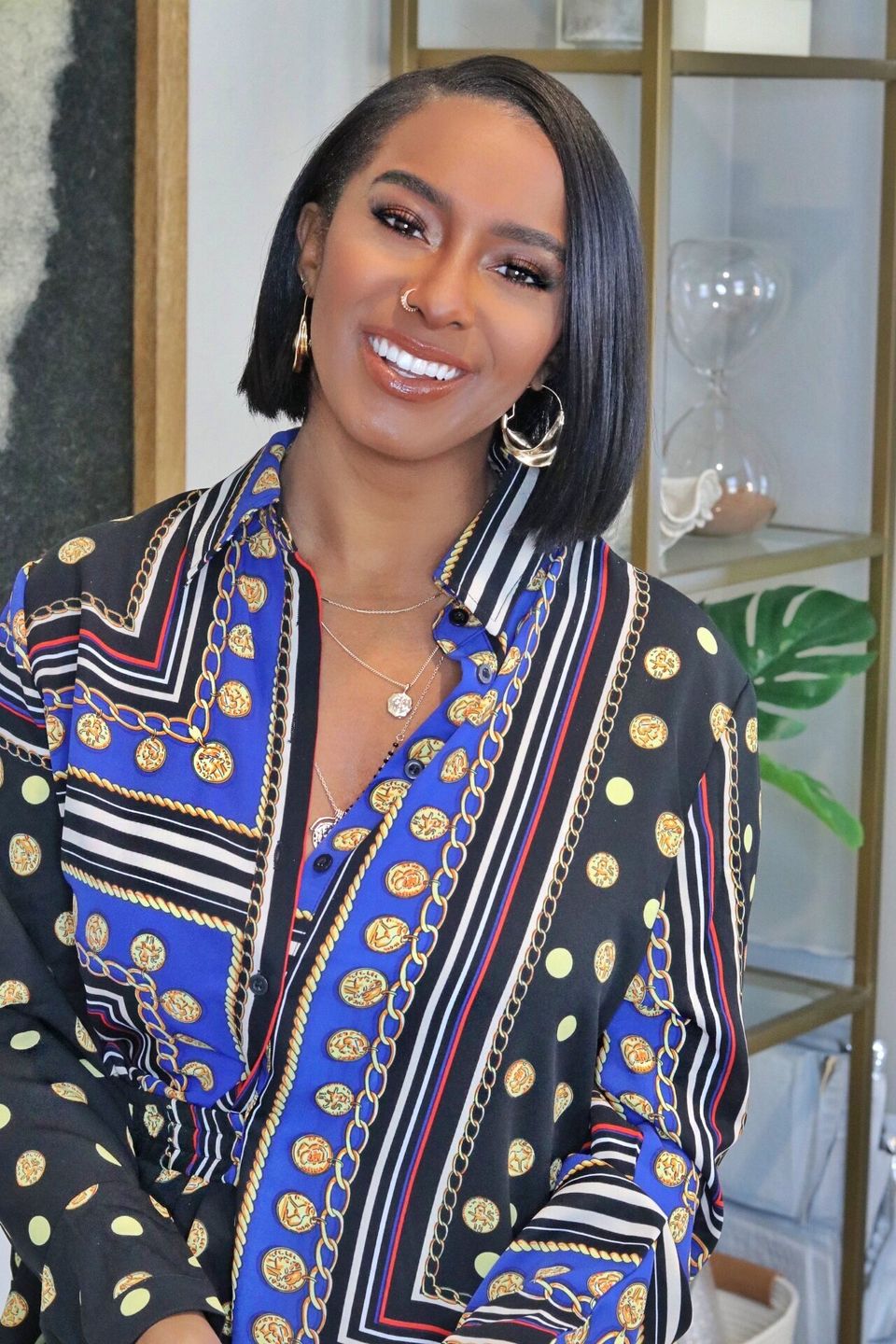 CurlyNikki and similar sites ushered in a modern form of brand marketing. Businesses were beginning to shift their investment in traditional advertising to online content creators with large followings as a way to appeal to their audience. Because of this, YouTube natural hair communities grew in popularity as more bloggers and natural hair enthusiasts started making videos of their hair processes and the types of products they loved to use on their hair.

For women like Ambrosia Malbrough, who was left traumatized from a bad relaxer in 2007, the social platform is what got her involved in the natural hair movement.

"I got my hair done and everything seemed normal as usual, but when I went home, I wrapped my hair that night and the following morning, my hair was stuck to my scalp," Malbrough told HuffPost. "My scalp was oozing and disgusting — and at that moment, I'm like, 'Oh my God, this is terrible and I need to share what happened to me.'"

From that moment on, Malbrough, who became known online as Brosiaaa, shared every moment of her natural hair journey on YouTube.

"At that point, I don't know if there was even a natural hair community on YouTube," Malbrough, who now has more than 190K followers on YouTube. "I feel like the YouTube space was heavy in makeup ― I couldn't find any videos on natural hair. When I shared this, everybody was like 'Oh my God, what are you gonna do?' That was such an emotional video. I was crying, and I didn't have another choice but to cut my hair off."

For Malbrough, her transparency and helpfulness earned her a massive following online. While the term "influencer" wasn't a word typically associated with impact at the time, she quickly became known for her YouTube videos.

"I've documented [my hair] for the past 10 years. I have videos on every single hairstyle. If it's not a tutorial, it's an explanation of what I'm doing to my hair. I've documented every single thing about my hair until this year [2019] in August," Malbrough said.

Many people used YouTube and eventually Instagram as a tool to share knowledge on how to appropriately style and maintain various hair types. The evolution of the daily blog to vlog ushered in a new wave of natural hair experts like Naptural85, MahoganyCurls and MariaAntoinetteTV. Through video, influencers were able to make an impact by showing people how to alter their hair to achieve various results. And while neither streaming platform technically introduced natural hair products to consumers, they both undoubtedly increased visibility and brand awareness.

On the internet, the natural hair movement blossomed because of the platform's ability to connect women around the world. The sisterhood that was crafted through forums, blogs and social media motivated women to challenge traditional beauty standards by showcasing the allure of diverse Black hair types and styles.

The internet has often been a useful platform to elevate important hair conversations. While discussions about society's views on natural hair are still happening today, there's no denying the effects the internet had in propelling the movement.

Tweet
Message from an Indian guy - black women look much...
Going Natural with Afro Hair is a Big Deal

By accepting you will be accessing a service provided by a third-party external to https://www.nappturality.com/

As the ordinary or otherwise use(s) of my homemade hair recipes or styling techniques and hair advice is outside the control of Nappturality.com., no representation or warranty, expressed or implied, is made as to the effect(s) of such use(s), (including damage or injury), or the results obtained. Nappturality.com expressly disclaims responsibility as to the ordinary or otherwise use(s). Furthermore, nothing contained herein should be considered as a recommendation by Nappturality.com as to the fitness for any use. The liability of Nappturality.com does not include any consequential losses from the use of advice given here. The articles on this website may be reproduced in whole or in part provided that the reproduction includes a credit of authorship to "Nappturality.com", plus a crawlable link to either https://www.nappturality.com/ or to the original article on this site. Contact us if you would like to reproduce an article on your site.